“The man behind the LEFF Amsterdam tube watch is Piet Hein Eek, one of the Netherlands’ leading designers, who is usually noted alongside the scrap wood furniture that made him famous throughout the world, but the Dutch designer is much more all-rounded. Without being held back by rules or habits, he designs and manufactures furniture, lighting and accessories, but also complete interiors. Perhaps it is the ‘going against the grain’ mindset that Eek and LEFF amsterdam recognize in one another. Why start designing clocks these days, while time is all around us? It is because of the challenge of creating a beautiful timepiece, even though nobody really needs a clock. In collaboration with LEFF amsterdam, Piet Hein Eek created the tube series, a timeless collection consisting of a clock, a speaker and a watch.

Piet Hein Eek: “The initial idea was to create a clock that you could build and modify yourself. This required a technical and logical design that would be easy to assemble. My starting point was a steel tube and an extruded ring that would function as the clock’s face. We found the first prototype to be so beautiful, that it was unnecessary to modify anything and we decided to let go of the DIY concept. The final design turned out to be so obvious that you would think it already exists, but it really doesn’t. For most designers, simplicity is not the go-to area when you want to make something exceptional.”

One thing led to another.
The extruded ring used in the tube clock asked for a more prominent role and so the idea for a tube watch arose. As opposed to the tube clock, where the aesthetics were a result of the concept, the tube watch used the extruded ring as a starting point for the design. The precisely cut ring and the high quality materials give this watch its refined, yet tough and industrial character.”

Find yours at LEFF amsterdam. 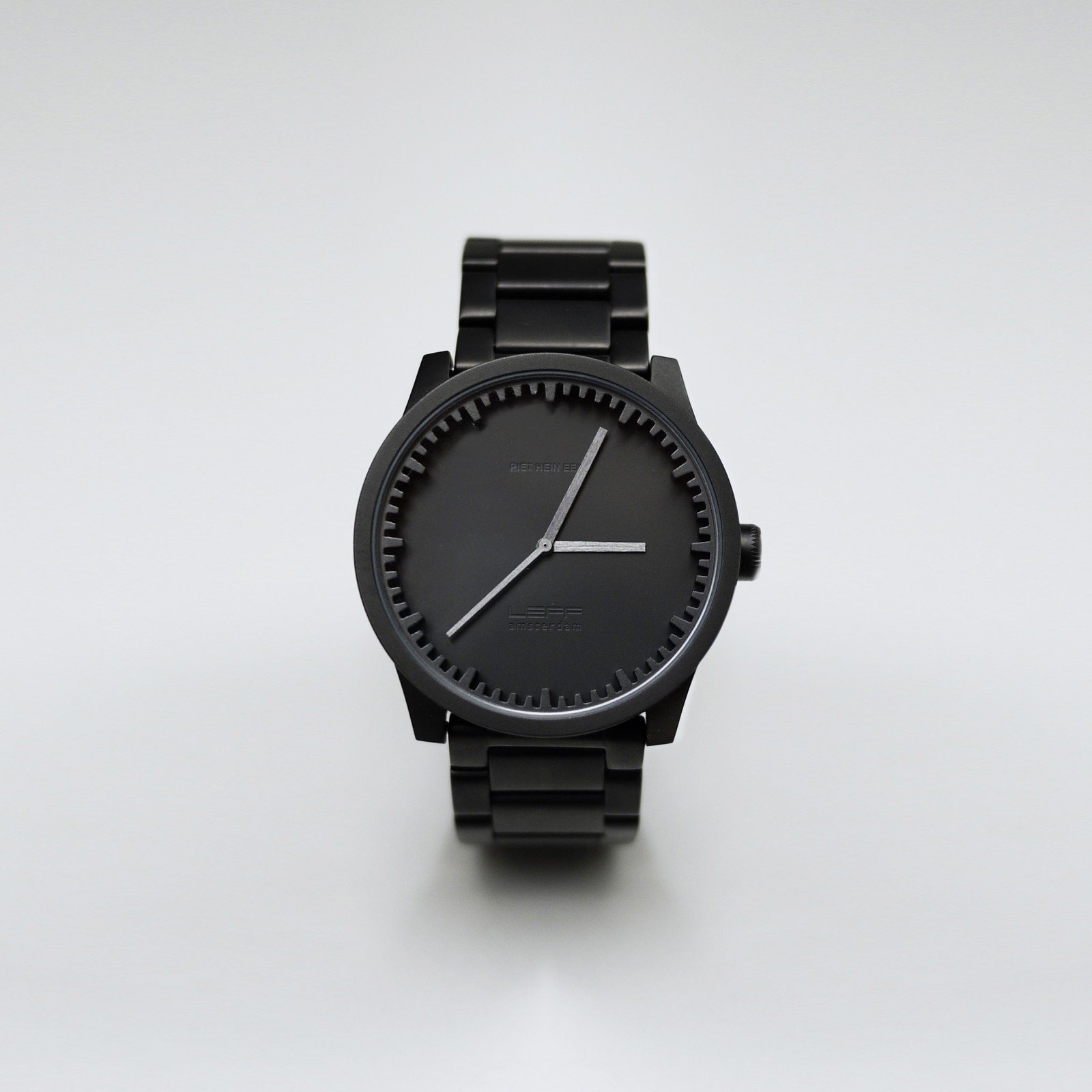 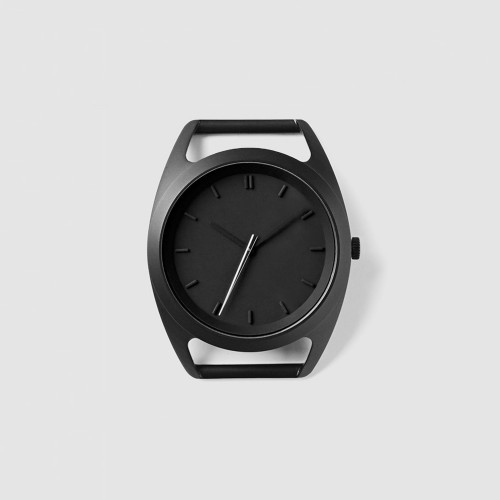 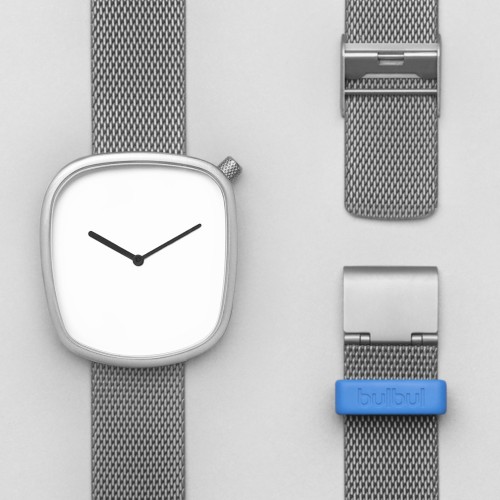 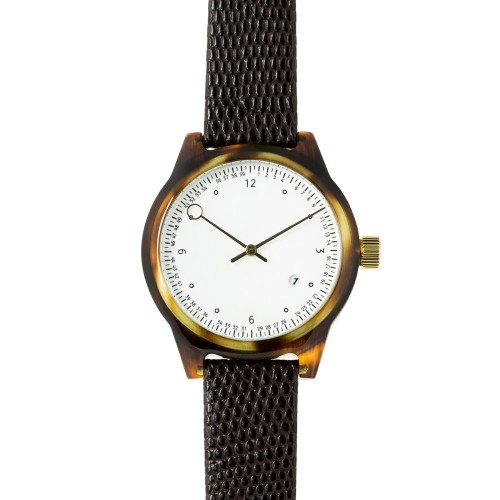